The definitive guide to airsoft for New York. 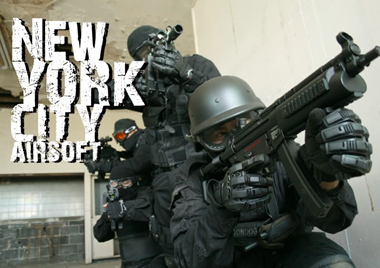 Is airsoft legal in New York City?
by Moondog

Here's the long answer: Don't expect the NYPD to come knocking on your door with a warrant for your airsoft toys... unless you do something STUPID. Stay below the radar and be responsible. In New York City...


BUYING and OWNERSHIP
Most airsoft guns are not allowed to be sold in NYC due to city ordinances against realistic toy guns. Airsoft guns can be bought and sold as toy guns in New York City if they are entirely clear or entirely brightly colored (ie. red, yellow, orange, etc.). New York City Administrative Code § 10-131(b) and New York City Administrative Code § 10-131(g)(1)(a) http://www.nyc.gov/html/records/pdf/gov ... oyguns.pdf and a copy of the complete code can be read here: viewtopic.php?f=35&t=813&p=1314

NYC airsofters buy their toys outside of the city or online. Most online airsoft retailers will ship to New York City, but some online retailers (ie. Pyramid Air) will not because they also sell BB/airguns, which are restricted items in NYC. As you can see most of the above laws were written to restrict sales of toy guns and air guns (ie. metal BB guns).


DO I NEED A LICENSE?
NYC does not issue airsoft licenses. Most airsoft rifles and pistols do not have unique serial numbers to register so can't get a firearms or airgun license for an airsoft toy. The bottom line is that the NYPD doesn't want to deal with them unless you do something criminal with them. If you are caught with one, they will be confiscated and you will be charged with a violation.


PLAYING AIRSOFT
Due to the legal restrictions just described there are no airsoft fields within the 5 boroughs. This is why all airsoft players attend games on fields outside of New York City, such as Long Island, New Jersey and New York's Hudson Valley. For a list of fields, read here: viewforum.php?f=32


NYCAirsoft.com
NYC based forum with extensive technical guides and listings for events within 2-hours of Manhattan. "The definitive guide to airsoft for New York City" http://www.nycairsoft.com


Strike Force Sports
Airsoft store with the largest CQB arena in the East Coast and accessible by taxi from the Deer Park LIRR station. http://www.strikeforcesports.net


NYC Paintball
No airsoft whatsoever, but notable in that it is the closest paintball field to Manhattan
http://newyorkcitypaintball.com

Re: Is airsoft legal in New York City?

I'm new to airsoft but play paintball and I just wanted to make a correction here. On Staten Island theres an outdoor field called Cousins Paintball. Which is actually a chain with fields in NJ, LI, Texas and there used to be one upstate as well. The LI and NJ fields both do airsoft games as well. Sadly the SI field doesn't, for obvious reasons. This field has been around for YEARS. It was previously known as Staten Island Paintball before Cousins bought the spot. So NYC Paintball isn't the only spot (although they're practically more of a laser tag place now lol).

Re: Is airsoft legal in New York City?

Thanks for the info on that. Cousins/SI Paintball is noted for being in a suit trying to fight the NYC toy gun law when they were fined for selling airsoft guns. Unfortunately the NYC Supreme Court struck down their appeal.
Goggles fogging? Get Moondog D-Fog :: See the RULES forum :: Please complete your new account activation. :: Read the guide on face photo avatars
Top
Post Reply
3 posts • Page 1 of 1